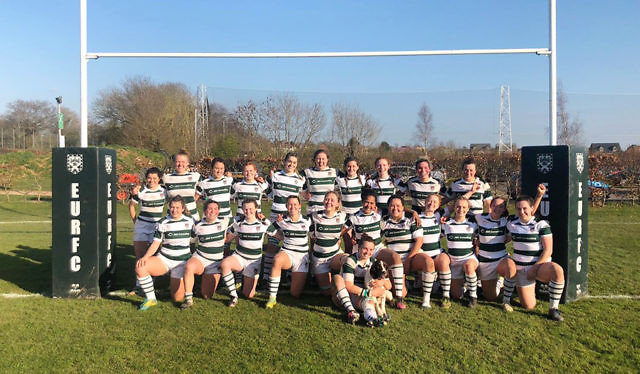 We’re very proud of our long-standing relationship with the Exeter Chiefs (….. currently sitting pretty at the top of the Premiership) but we also love to get involved at all levels of local rugby.

One of our latest partnerships is with Exeter University Women’s Rugby Club (EUWRFC). In this our second season with them as kit sponsor, we’ve watched their season go from strength to strength in the ‘British Universities and Colleges Sport’ Rugby Union League.

Undefeated all season and current defending champions, after a great run of form, by mid-March it was into the quarter finals against Loughborough. After a convincing demolition job (67-5), a semi-final with Cardiff was on the cards. Another win. Then came the dreamed-of final against Durham at Twickenham – the spiritual home of English rugby.

After some enthralling end-to-end stuff, a closely fought match eventually saw our ladies come out on top (30-26). Cue the celebrations for the back-to-back champions of Britain followed by some well deserved R&R (….. bottles of Otter Bright) on the journey home.

With Twickenham fast becoming a second home for Exeter rugby we’re delighted to be supporting all our local boys and girls – the future’s certainly looking ‘bright’.