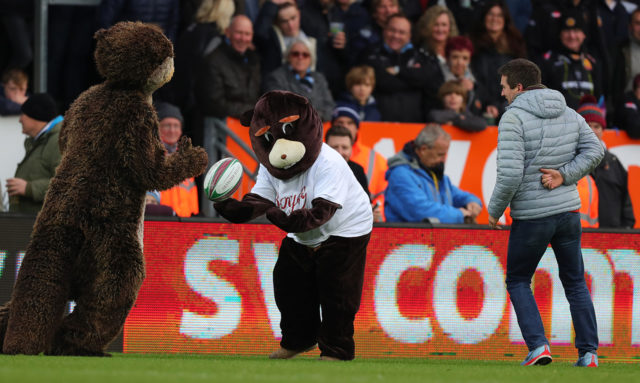 
After a tasty first half performance by Chiefs, Bath were as stunned as Derek when he realised his halftime chase would be assisted by a not so dexterous Beaver. Not known for cohabiting in the same arena, his new wingman went out of the blocks at a rate and latched onto a couple passes ahead of the chaser. Our chaser (our sources believe was a former Irish player) immediately slipped on the Sandy Park turf (too much Otter) and eventually took hold of Derek leaving a stray beaver to run home with the ball and drop in the pint. Not vintage just out there!

If you wanted a measure of just how far Exeter Chiefs have come in the past year, then this display from the reigning Aviva Premiership champions could not have painted a better picture.

Cast your mind back to October 2016 – the last time Exeter Chiefs played host to Bath – and it was the visitors who emerged from a titanic tussle victors thanks to a last-gasp score from Semesa Rokoduguni.

Fast forward to modern day and the difference between these two Westcountry rivals was like ‘Night & Day’. For an hour at least, everything Rob Baxter’s side did was near perfection, producing a performance that had not only secured the bonus point by half time, but which ensured they remain top of the pile after ten rounds of battle.